It’s been raining diamond engagement rings in Hollywood! After a recent rush of proposals, the news-wire has slowed down a bit. But the paparazzi are still busy trying to catch a glimpse of some fabulous diamond rings. 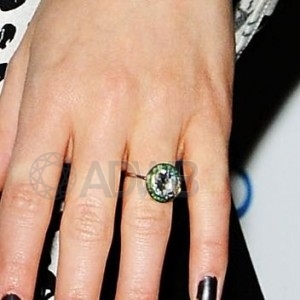 Olivia Wilde and Jason Sudokis started a landslide on January 15th. Actually, Jason ‘popped the question’ sometime before that. But the couple kept news to themselves and family. Until someone noticed a whopping round brilliant cut diamond, complete with emerald halo. Yellow gold was the metal of choice for the love-struck couple’s diamond engagement ring. 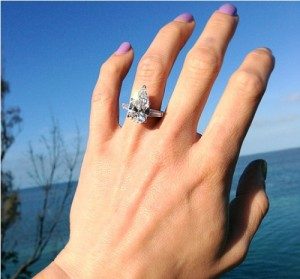 Next, Lauren Kitt got a surprise proposal from Backstreet Boy Nick Carter. In a well-planned romantic evening, the couple went by boat to a secluded Florida island. Nick chose a magical spot overlooking the ocean and his delighted bride-to-be was soon flashing a 7 carat pear shaped diamond engagement ring. Nearby photographers snapped some photo keepsakes. 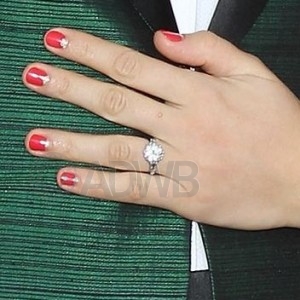 Andy Samberg and Joanna Newsom have been together five years now. The multi-talented Samberg was first smitten by Ms Newsom after one of her shows (she’s a muso). Obviously all went well on those early dates because they’ve stayed a couple since day one. Now a gorgeous round brilliant cut diamond solitaire is their diamond engagement ring. 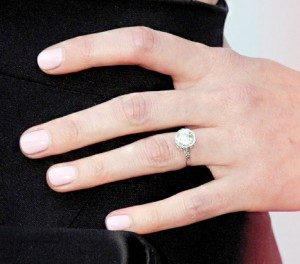 Since then, Mad Man Vincent Kartheiser also announced an engagement to Gilmore Girls star Alexis Bledel. Initially, the couple kept their exciting news private. But since then, Alexis has spoken about wedding plans and shown off her stunning diamond solitaire ring.

With 2013 not even half over yet, it looks to be an exciting year for celebrity romance, betrothals and diamond engagement rings.

Inspired to find your own diamond engagement ring? Sit with an expert today.