On January 3rd unique jewellery pieces were stolen from the “Treasures of the Mughals and Maharajas” exhibition in Venice.

The 2 stolen items included a pair of 30.2 carat pear-shaped diamond earrings and a tasseled pendant holding a 10-carat diamond surrounded by a halo of rubies. 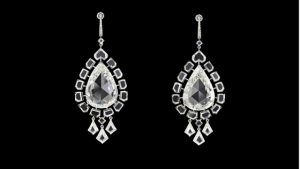 Details of stolen pieces were released on Friday but the price of the timeless pieces was not revealed. But considering that Bhagat pieces are often priced in the millions, the pieces have an estimated worth 3.5 million euros. 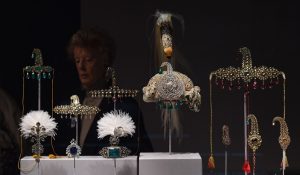 The exhibition was on its final day in Venice after traveling through Paris, London, New York and Kyoto when they were stolen. Security footage shows the thieves opening the display case before calmly placing the jewels in their pockets and disappearing into the crowd.

Police say the alarm triggered by the theft was one minute late, giving the thieves time to escape.

The Al Thani Collection is home to 270 pieces of Indian and Indian-inspired jewellery and artefacts, stretching 400 years. An investigation into the whereabouts of the gems has launched.

Create your own piece of history with a custom diamond engagement ring  by Australian Diamond Brokers.