After more than a month of speculation British star Alexandra Burke has finally confirmed her engagement to beau Joshua Ginnelly. The couple revealed their engagement on Instagram with a cute picture of them sharing a kiss behind Burke’s hand flaunting the ring. Along with a message written on her hand saying ‘I said yes!’ 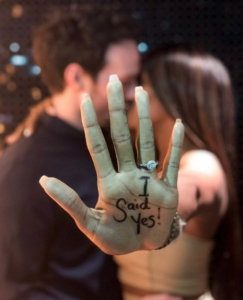 Beau Joshua popped the question whilst the two were in Paris on a romantic getaway. The couple have managed to keep the engagement under wraps, they’ve since explained that they wanted to “enjoy the special moment”.

Alexandra managed to keep the whole engagement a secret for an entire month by covering her ring in photographs, although fans were guessing and there was a lot of speculation.

The Instagram post was accompanied by a long and sweet message explaining the secret and her love for her soon-to-be husband. Burke wrote “My soul mate and my love asked me something that I could only have dreamt of. Being in love is one of the most magical feelings life has to offer.” 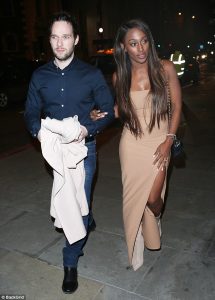 The star then opened up and spoke about her late mother, and how it was a difficult time “because there was only one person I wanted to call when it happened. I know she is smiling and very happy for us both – because little did I know she knew about it.”

We wish the gorgeous couple the best of luck with the years ahead.

If you’re thinking about getting engaged explore your diamond engagement ring options with an expert gemmologist.