Here at Australian Diamond Brokers, we think it’s only fair that we share some pieces of work that we admire. This – ladies and gentlemen – is our take on the best celebrity diamond rings.

In a list of celebrity engagements, where could we start other than with Beyonce and Jay-Z? He liked it. He put a ring on it. And what a ring it is; a split-shank emerald cut, weighing in at a mighty 18-carats. With exceptional colour, the diamond is flawless.

A whopping 18-carats of diamond, and not a single impurity. 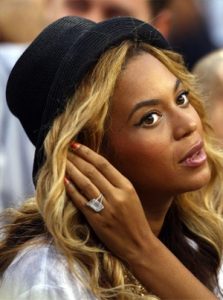 One thing is for certain; you can’t avoid the Kardashians. No matter how hard we tried, we couldn’t keep Kim K’s stunning engagement ring from Kanye out of this list. Created by the same celebrity jeweller – Lorraine Schwartz – as Beyonce’s beauty, Kim K’s diamond ring is a real charmer. It is an elegant and feminine 15-carat cushion-cut. It is flawless and colour grade D.

It isn’t the heaviest engagement ring Kim K has worn, with brief hubby Kris Humphries 16-carat attempt claiming that honour. But remember; carat isn’t everything, and for clarity and colour, Kanye wins this battle. 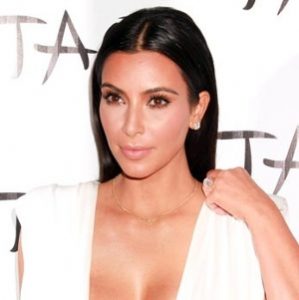 The world’s favourite royal couple are up next, and the Duchess of Cambridge’s engagement ring is full of charm. Kate Middleton’s ring is much more than just a beautiful piece of craftsmanship. The 12-carat sapphire – with fourteen solitaire diamonds – is also a priceless royal heirloom.

Formerly the engagement ring of Diana, Princess of Wales, when Prince William proposed in 2010, he was passing on a little bit of history. Beautiful, valuable and sentimental, we couldn’t leave out the Duchess of Cambridge’s sapphire. 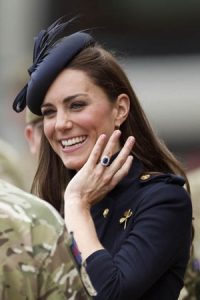 The Hollywood star’s engagement ring, from former husband Romain Dauriac, is the one of the less traditional on our list. The French journalist’s choice of ring is  certainly a head-turner. Three diamonds in a rectangular setting sets up this vintage look.

With diamonds of high clarity and a good colour grade, what separates Johansson and others is a case of high carat vs. vintage style.

What would Lady Gaga be if not a little outrageous? Gaga’s massive, 6-carat diamond engagement ring from Taylor Kinney is no different. With a hidden, personal inscription of T hearts S – Taylor loves Stefani – and a heart-shaped stone, Gaga’s ring certainly goes against tradition.

We’d expect nothing less from the eccentric pop icon. 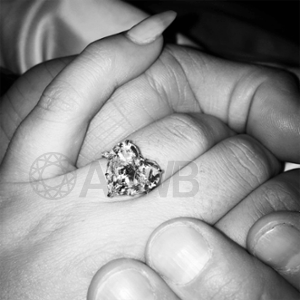 When Brad Pitt approached his Beverly Hills jeweller in 2014, he already knew exactly what he wanted. He did not simply go shopping for a ring, he had it custom made with a precise idea in mind. The diamond quality, the cut, the band and the style; everything was pre-planned, and personalised for his wife-to-be. 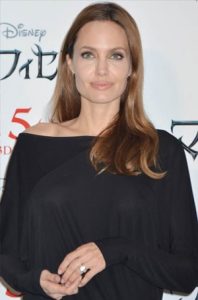 Did we mention we offer a custom diamond ring service?

In 2016, Margot Robbie arrived to the Los Angeles premiere of The Legend of Tarzan. The talking point of her red-carpet appearance wasn’t her stunning dress. The paparazzi gravitated towards the enormous pink diamond ring on her engagement finger. Circled by diamond solitaires, the breathtaking ring had fans talking.

Margot Robbie isn’t the only celebrity subject to fan speculation. In June 2017, Ariana Grande performed in Manchester for the One Love Charity Concert. To her fan’s surprise, a glistening diamond adorned her ring finger. Her performance alongside her long term beau Mac Miller only added to the speculation.

Are they? Aren’t they? The rumour mill is in overdrive, but we know one thing for certain; that’s a mighty fine diamond on Ariana’s finger!

This list, however, would not be complete without Mariah Carey receiving a special mention. In 2016, the nineties pop icon became engaged to Australian businessman James Packer. The ring was an astounding 35-carat ring of diamond and platinum.

Remember Kim Kardashian’s 15-carat beauty from Kanye? Mariah’s huge rock weighs more than double. It’s also colour graded D – which is as good as it gets. Whether or not it is completely flawless is up for debate; but based on colour and carat alone, the ring’s estimated worth is staggering. In Australian dollars, it falls somewhere between 7.5 million and 10 million. 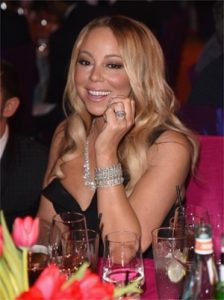 There you have it – our favourite celebrity engagement rings. We’ve presented a variety of engagement ring and diamond styles. Customised beauty, outrageous lines, and the size-matters approach. There’s one common denominator for all rings we’ve presented, and that’s quality.

A nice reminder that tradition still has a place, even in the zany world of celebrities. For every celebrity engagement, the timelessness of a high-quality diamond rings true.

Remember, celebrities love to show-off their wealth. Most of us in the real world won’t compete with a celebrity budget. Whilst it’s okay to admire, we encourage our customers to find their own unique style and never look back. Oh, and as we keep saying, never compromise on quality.

With all these rings fresh in mind, arrange a consultation with us and create your own style.

Get Australian Diamond Brokers in your feed! follow us!