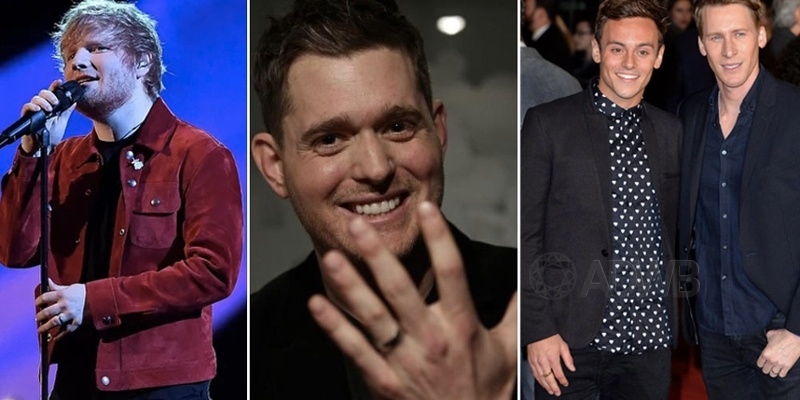 Traditionally, an engagement ring was a gift given to a woman symbolising a commitment to her future husband, along with his ability to provide for her. While it’s common for men to adopt a simple wedding band after marrying, nowadays rings celebrating a couple’s upcoming nuptials is not reserved for ladies only, and so we take a look at the rise of the ‘mangagement’ ring.

In short, yes, men should – and do – have the option to embrace the engagement ring and wear one if they wish to. In recent years, we’ve seen engagement rings on the left hand of celebrities including Ed Sheeran, Michael Bublé and Tom Daly, proving that men too can adorn jewellery to prove their love and commitment to their significant other and get involved in the excitement of being newly engaged. 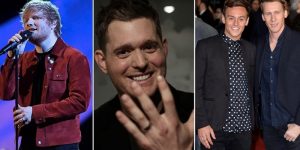 The rise in mens engagement rings also falls in line with marriage equality, with many same sex couples opting for a ring to signify their engaged status, along with heterosexual couples wishing to prove their equal commitment. Historically, women wore a ring to mark that she was ‘taken’, but over the years society has shifted its attitude towards equality between men and women, meaning that more men now feel comfortable wearing a ring to show that they too are off the market – and that women are in a position to provide the ring as a gift too. When professional wrestler David Otunga proposed to singer Jennifer Hudson, she spoilt him by proposing back to him with a diamond encrusted ring of his own.

Although mens engagement rings don’t tend to be as elaborate as those for women, designs can be just as creative. Some may include diamonds, a combination of metals or feature decorative grooves in the band. Mens engagement rings are worn on the left hand, as traditionally worn by women, with the option to eventually serve as the wedding ring later on.

If you’re looking to buy your man a ring to either pop the question or to celebrate your engagement, look no further than AWDB – a Melbourne jewellers and engagement ring specialist. Our range includes a stunning collection of customisable mens rings. Arrange a consultation to create an engagement ring so perfectly suited to your partner’s taste that he’ll be wearing it with pride.